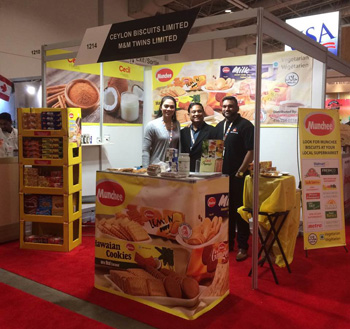 “When you go on a trade mission with TFO Canada, it gives you more credibility because it is a signal that you are a good buyer, which suppliers like. It is hard to find reliable suppliers on your own, and TFO Canada gives you export ready recommendations,” says Keith Perera, Development Manager at M&M Twins Limited. Furthermore, “TFO Canada fueled our growth in the early years, because of the trade missions they planned in which we participated. We get access to companies and products that we otherwise wouldn’t have access to on our own. And they have translators on hand, which removes the language barrier,” says Chandrani Perera, Director and Head of Supply Chain.

Incorporated in Canada in 1980, M&M Twins Limited is a pioneer in the ethnic foods market. Coincidentally, TFO Canada was founded in 1980, tasked with a mandate to confront the challenge of global poverty by promoting sustainable economic development through
export information, advice, and contact. The organization’s mission is to create sustainable trade partnerships for exporters from developing countries with Canadian and foreign buyers. Over the years M&M Twins Limited has benefited from TFO Canada’s misson.

The company’s many achievements have not gone unnoticed. The Founder and CEO of M&M Twins Limited, Mohan Perera, was awarded the Canadian Entrepreneur of the Year in 2001. And one Prime Minister of Canada recognized him for his foreign trade initiatives and his excellence in international business. Companies like M&M Twins Limited compete and win in the global business environment because their leaders understand the importance of international trade. The company buys from suppliers in developing countries, which contributes to economic growth, lowering the country’s unemployment rate.

However, anyone who has achieved any measurable amount of success knows that no one ever succeeds alone, and that you need partners, who will support your success. They are strategic with those they choose to partner with. For M&M Twins Limited, a key partner is TFO Canada. The trade organization provides the tools and resources, as well as up-to-date information that importers and exporters need to succeed in business. In a recent interview with Keith Perera, he indicated that TFO Canada helped their company to source mackerel from Chile, and they now do so under private labelling. They got access to a list of suppliers in the country and now import mackerel due to the contacts TFO Canada provided.

Another meaningful experience M&M Twins Limited had with TFO Canada, was when they were trying to secure a distributor from Quebec. “TFO Canada also helps with translation. There was a distributor we wanted to meet with, but the language was a barrier. Marc Germain, TFO Canada’s regional representative for Quebec communicated what we needed to say to the distributor and translated their response to us. The distributor in Montreal now handles several of our product lines.”

Seeing the company’s growth which in part included this partnership, Steve Tipman TFO Canada’s Executive Director had this to say “Given TFO Canada’s mandate, we are thrilled to be sharing in M&M Twins success.  We also value the relationship that has been developed over the years and are happy to be seen as a sourcing partner to the organization.  Through the creation of sustainable trade partnerships between developing country exporters and Canadian buyers, we are able to help both parties in achieving their business goals while fulfilling development objectives at the same time.”

When Keith Perera was asked if he would recommend the services of TFO Canada, without having to think through his response, he said, “Yes, we have had great experiences with TFO Canada.” 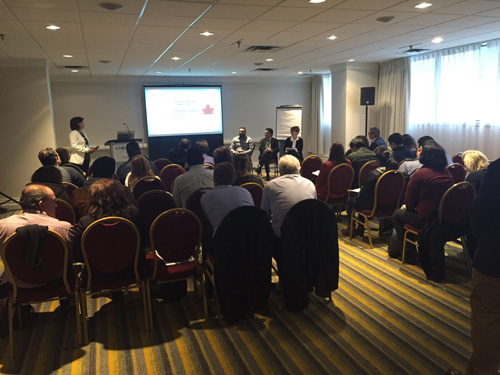